Things in my life that are covered in duct tape because of my cat. 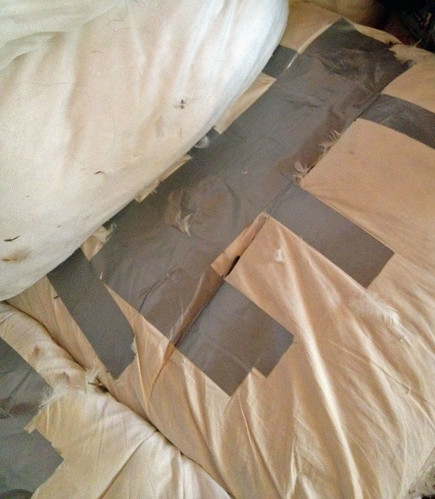 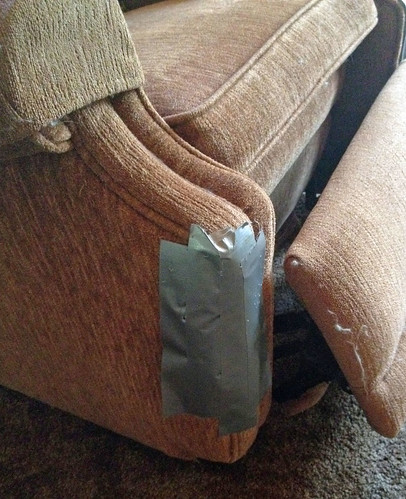 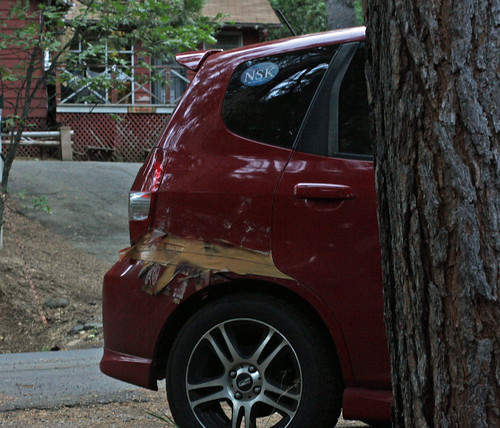 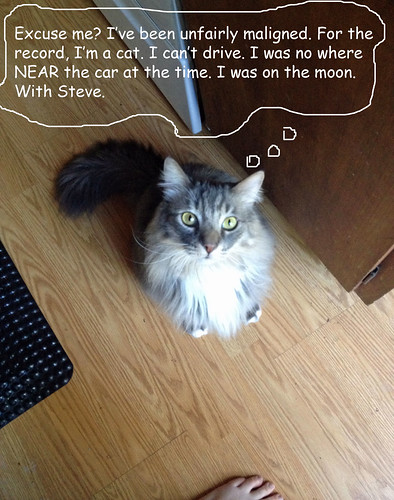 Ok. Fine. You win that one. But do you deny, sir, that the other day when you and Ollie were wrestling in the kitchen, the both of you went THROUGH the screen door like you were Jet Li and Jackie Chan in a Hong Kong action thriller? 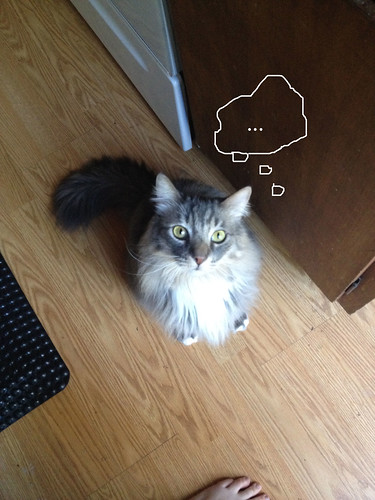 Mmmm hmmm. I thought so. 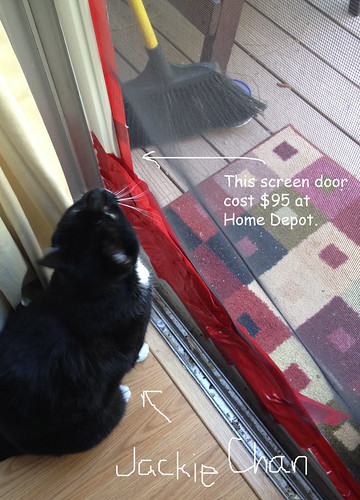 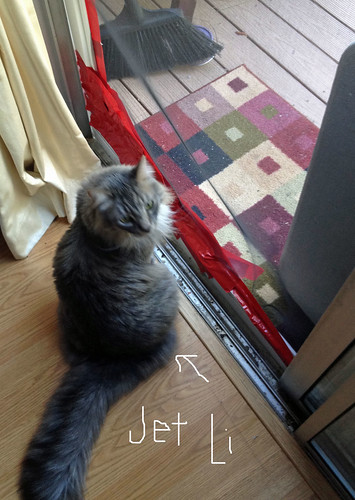 Do you further deny that later that day, you ripped out the mended screen door and escaped for an extended romp through the mountain lion infested forest?

Or that you then peed on the sofa?

You know. The one currently covered with duct tape.

Mmmm hmmm. You, sir, are the reason why we can’t have nice things.

Fortunately for me, I live with a grip (translation for non movie folks – grips hang lights and big screens and make complex “riggings” for those things at work. And at home, when you have a problem, they come up with solutions that usually involve zip ties, duct tape, scrap wood from set flats and other improbable but effective items). Aaaaand, he happened to come home this weekend. Aaaaaand he just happened to be sitting nearby when Bonnie shoved her head through the screen/duct tape seam, and got herself stuck, half in and half out. 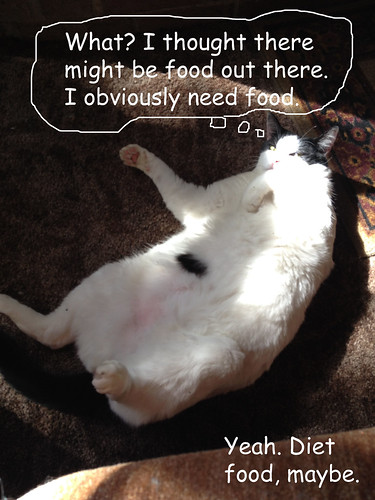 Ten minutes later, the red duct tape was gone, and this had taken its place. 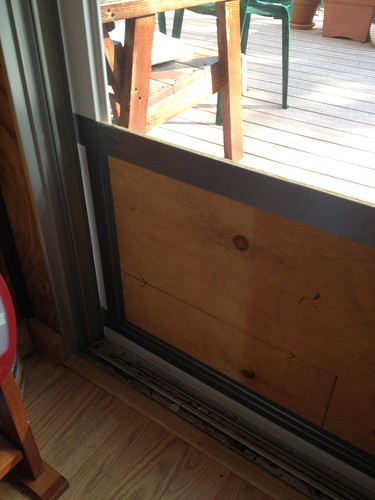 It’s like, things in my life covered in duct tape but kind of tidy looking and also more effective than the entire half roll of red duct tape I’d plastered all over the screen last week.

In closing, I would just like to state that cats will destroy everything you love. Especially if it’s your grownup couch, which is the first piece of furniture you didn’t get off the side of the road on trash day in West Hollywood, but actually bought new.

And your $95 grown up screen door that you bought at Home Depot because you’re an adult now and grownups buy things like doors.

Owner and Maker at Maia Rainwood Design. Wearable art for wise women, birth keepers, witches, and world-builders.
View all posts by Maia Rainwood →
This entry was posted in cats and tagged captain sexypants, cats are jerks, duct tape, living with a grip. Bookmark the permalink.

5 Responses to Things in my life that are covered in duct tape because of my cat.